If your dog is suffering from a torn ACL (CCL) our Cordova vets may recommend TPLO surgery to repair the injury and help to return your dog to an active lifestyle.

Why is my vet recommending TPLO surgery for my dog?

What is the CCL?

Unlike humans, because a dog's hind legs are always bent, the CCL is always a load bearing ligament. When the CCL is injured, your dog's knee becomes unstable and painful.

Symptoms of a CCL Injury

Symptoms of a CCL injury in dogs can appear suddenly but typically develop gradually. The most common signs of an CCL injury are:

Continued activity on a mildly injured CCL will cause the injury to worsen and symptoms to become more pronounced.

Approximately 60% of dogs with an CCL injury in one leg will go on to injure the other knee soon afterwards.

Rather than replacing the CCL with an artificial ligament through an Extracapsular Repair, TPLO surgery eliminates the need for the CCL ligament altogether by reconfiguring the knee.

TPLO surgery involves making a curved cut in the tibia from the front to the back, then rotating the tibial plateau (top section of the tibia) backward until the angle between the tibia and femur are appropriately level. A metal plate is then used to stabilize the two sections of tibia in the desired positions while the bone heals in its new configuration.

That said, it is extremely important to severely limit your dog's activity for a minimum of 4 months following TPLO surgery. Following your vet's instructions is essential in order to avoid further injury to the leg while your dog is recovering from the surgery.

Your dog should be able to return to full physical activity, including running and jumping, approximately 6 months after surgery.

To find out more about TPLO surgery to repair your dog's CCL or ACL injury, contact our Cordova vets today. 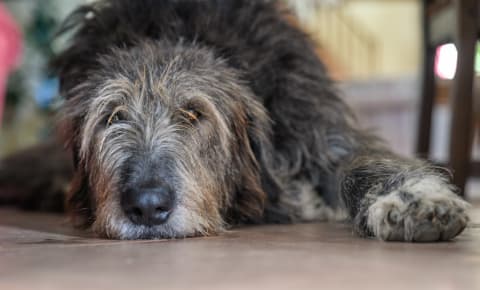